From LA Law to Dharma And Greg I can almost certainly say you've seen the work of (and enjoyed the work of) Alan Rachins.
I want to thank Alan for taking the time to conduct this interview with me, and I hope you enjoy what Alan has to say. 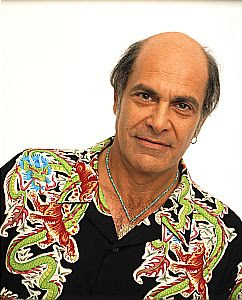 1. LA Law was an iconic show. What was it like to work on?

I had done, theatre, some small parts on television and a couple of movies . Then I did an independent film by Henry Jaglom called "Always". This film had a premier at the Los Angeles Film Festival which led to my being cast in L.A. LAW. Before we began shooting, the cast met to read the script and then have lunch. After the reading we assembled outside to walk to the commissary. But it was raining. Voices rang out, "A van, a van for the cast". Soon, a van arrived and we were driven the short distance to the commissary. They didn't want the cast to get wet.
That little incident is one way to sum up what it was like to work on L.A. LAW; first class all the way. There was always mutual respect and everyone wanted to do their best. It was being part of a championship team. And, except for Susan Dey, it was everyone's first TV series and we all appreciated the excellent machinery we were part of. When I say except for Susan Dey, I don't mean she didn't appreciate being on the show, only that she had some considerable success before. For us it wasn't just being on a hit show, but also a critically acclaimed show and audiences, the people we met in our daily lives, were enthused and appreciative. The quality of the work on the show and the attention and acclaim were deeply satisfying.

2. From an actor’s point of view, how do things differ from LA Law to Dharma And Greg?

There are a lot of differences between the two formats. In L.A. LAW we may have to be there at 5:30 or 6 AM and not get out before 9pm. On the days you're working you can't make dinner plans because you never know when you'll get out. On the other hand, because it's an ensemble show you only work a few days a week. Long hours, but only a few days a week. Not bad. And since it was shot in Los Angeles that gave you a lot of family time. At least, for the actors. The crew works incredibly long hours. It's a rough gig. If it wasn't for the conference room scenes, I might not have seen fellow cast members for weeks at a time, because we only go in to shoot our scenes and only see the cast members involved with that scene. The conference room was a chance for everyone to catch up with one another; exchange gossip and stories. They were long to shoot but they were fun as well. One hour shows like L.A. LAW, using a single camera take a long time to shoot with a number of takes and many different angles. There's always a sense that there's a lot to get done, so let's focus and do it.
On Dharma and Greg the atmosphere was much more casual and the night we shot it in front of a live audience was a little like a party. On a sit-com you go in on Monday morning about 11. We have a table read so everyone can hear the early draft off the script. Then the writers go to work on the script and the actors go home. Pretty nice. Drift in, read, go home. No complaints. The rest of the week we rehearse the scenes, and show them to the writers on one day and the writers and the network executives the following day. The words are always changing. On Friday we rehearse all day, do a run through, get notes, go to dinner and then do the show in front of a live audience. It's exciting. It's a rush. Even after we do a take at night they may change some of the lines to punch up the jokes. And getting your laughs is a huge kick. 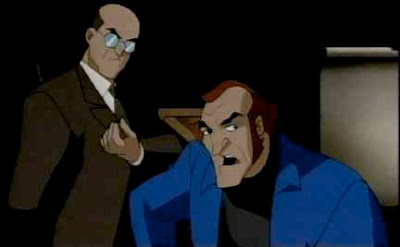 3. Which do you prefer, on set work like LA Law, or shows in front of a live audience, like Dharma And Greg?

It's tough to say which I prefer. I loved both shows. Both shows had strong producers with a vision and the network left them mostly alone to do what they wanted. There was a sense that Dharma was more fun. But L.A. LAW was important. It was a ground breaking show, which won many Emmys and Golden Globe awards. And going to those award shows when you are nominated is pretty exciting.
So it was satisfying to be on both shows. I wasn't just on two hit shows, I was on two excellent hit shows. And being on a quality show, a show you are proud of, with an challenging character to play is much more important to me than the format; single camera or working in front of a live audience. I was sitting in an agents waiting room during the time of L.A. LAW and an actress who was starring on a sit-com came over to me and said, "Please tell me that you actually like your show." She was not having a good time on her show. She did not have a strong producer and the network executives were very involved with saying the show should be like this, no, the show should be like that.
They were getting pushed and pulled in different directions and it was stressful and debilitating for the actress. L.A. LAW and Dharma and Greg never had those problems. They were both the best experiences one could possibly hope to have.

4. Can you please tell us about your theatre work?

During one hiatus from L.A. LAW I did Albin in La Cage. It's an incredible musical and it was challenging and totally fun.
More recently, I did the premier of a two character play by Arthur Laurents called Attack of the Heart at a regional theatre.Arthur wrote The Way We Were and the book for Gypsy among other work. He was ninety at the time, with incredible energy and focus. Knock wood, we should all be so healthy, alert and productive at that age. At any age. Learning the lines for the two character play was a challenge. There is something primal about theatre: you and the audience, no cameras, no interruptions, no one to say cut. It was a love story between a documentary film maker and Muslim woman in the aftermath of the World Trade Center disaster.
Arthur is not someone to shrink from controversy. Another play I did, this was at The Cape Playhouse in Dennis Mass. was Inherit the Wind, about the right to teach Charles Darwin's scientific theories in the schools. Intelligent material. And surprisingly just as relevant today as when it was first produced. I'm from Massachusetts so the opportunity to do a play in that area allowed friends and relatives who I often don't see to have an opportunity to see me work and for us to see one another.
I began studying acting in New York and did parts on and off-Broadway and dinner theaters around the country until I was in the original cast of Oh! Calcutta!
Currently there is a group I'm connected with that does staged readings of plays. We've done The Price and Plaza Suite among others. There is a minimum of rehearsal and the opportunity to connect with excellent material and with an appreciative audience as well as working with fellow actors. 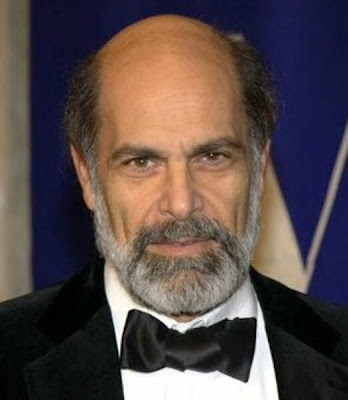 5. Can you please also tell us about your involvement with Mensa?

So here's the Mensa story. In high school I got Bs and Cs. Hardly did the homework. Majored in daydreaming and minored in anxiety. Never felt I was doing my best.
Managed to get into an Ivy League school, The Wharton School, a business school. My father had a business. I was going to school for him, not for me. I rebelled. I barely studied. I dropped out to go to New York to be an actor. About eight years later, after Oh! Calcutta!, there was a lull. I wasn't sure what was next. I had this thought that I had more potential than my academic experience reflected. I decided that if I could get into Mensa that would be a confirmation that I had unused potential that I could tap into. It became kind of an obsession. So that's what I did. I took the test and bingo. I was excited to be admitted. It energized me. I met some interesting people in Mensa. I went to Empire State College to finish my interrupted degree. I was accepted to The American Film Institute which brought me out to Los Angeles. Life took some new and interesting roads.

6. How do you find doing voice-over work?

Fun when you get the job. But like many things in show business, the hardest part is getting the job. The most fun has ben The Spectacular Spider Man because we were often in the large sound booth together. There was a wonderful group of actors and it was blast doing it.

7. What is coming up next for you?

Good question. I'm curious myself about that. In the mean time, I write. I've been in an autobiographical writing work shop for ten years. And I sing in a Cabaret,; musical comedy, pop songs and jazz. And I play tennis. 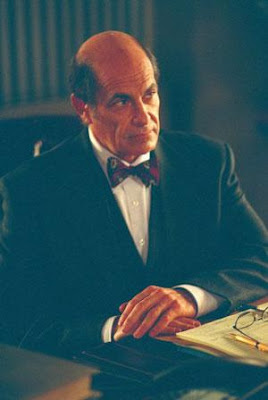 On a television show, I'd love to play a character that is closer to me. Douglas Brackman and Larry Finklestein were both extreme characters. It could be a comedy or a drama, but a character that is right down the middle of who I am, at least in his behavior. There are a number of excellent shows on TV now, particularly on HBO that would be a dream to work on. But show business has always been a mystery. There's struggle, struggle, struggle, then something miraculous happens. So I'm looking for that miracle.

9. Is there an event or charity you would like to bring to our attention?

When I was 11 I lost my mother to pancreatic cancer. So if there was one charity that had a special hold on me it would be that one.


Alan has asked me to pass on all feedback from this interview so please, let me know what you thought via mgbouw@yahoo.com.au or by commenting below.
I look forward to your responses.
Posted by Straight To DVD at 6:28 PM